The Villages to Visit in the Montefeltro

This is how our story begins
Typical products of Montefeltro 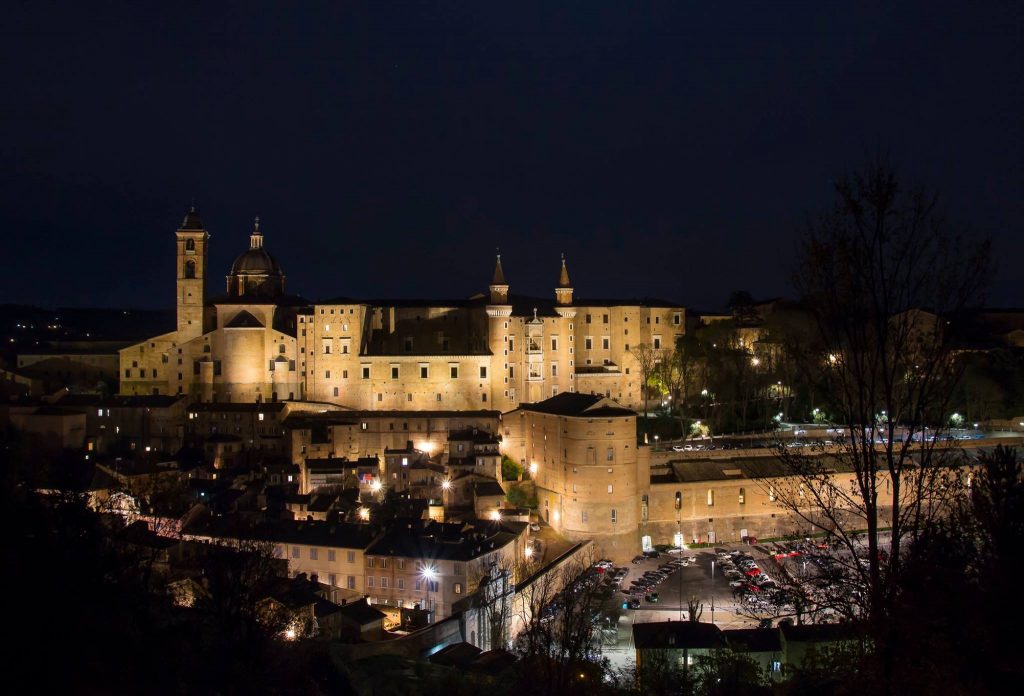 Our journey in the Montefeltro starts from its villages. The first stop of your trip, considering the proximity will surely be Urbania, the lady of the Metauro. Surrounded by green hills, Urbania derives its name from Pope Urban VIII and is a town rich in art and history treasures. To make your stay truly special, go see the Church of the Dead, a truly unique place, located in the historic center of Urbania, known as the Mummy Cemetery. Here, behind the high altar, are the bodies of 18 people mummified naturally, thanks to a particular local mold that has dried the corpses, each with its own story behind it. Certainly the fulcrum of Montefeltro is Urbino, once the capital of the Duchy of Montefeltro, a pleasant city to visit, a small jewel made of churches, convents, a monumental Palazzo Ducale that is also home to an interesting National Gallery of Art of the Marche. To make the city elegant and fascinating was first Frederick from Montefeltro, which in the ‘400 made Urbino a cultural reference point, starting the construction of buildings and monuments that we can still admire today. Do not forget that Raffaello was born in Urbino: before leaving he passes in front of his birthplace. Near Urbino is the village of Sassocorvaro – to reach it you cross the Valle del Foglia, for a total of 27 km – all concentrated around the Rocca Ubaldinesca, now home to the art gallery and the Museum of Peasant Civilization. The particularity that makes Sassocorvaro fortress unique and special? Its turtle shape! Recall also that precisely in this fortress, Pasquale Rotondi housed and saved Italian art from Nazi fury: inside it, in fact, managed to hide in the eyes of the enemies, some masterpieces of Piero della Francesca, Caravaggio, Raphael, Giorgione and Mantegna.Sassocorvaro It can be an extraordinary stop for couples: it is said that in his Church of the Trinity the relics of Saint Valentine are preserved, the saint of lovers. After Sassocorvaro you can reach Lunano – 11 km away from Sassocorvaro -, which will welcome you its uncontaminated landscape, the chestnut grove of Monte della Croce and three stretches of water. In Lunano you can visit the remains of the Ubaldini Castle and the Franciscan convent of Monte Illuminato, where it is said that St. Francis of Assisi performed a miracle. An 8-minute drive takes you to Piandimeleto, another village set in the nature and dominated by an imposing castle. For lovers of the genre we suggest the Mushroom Museum! Next stop of your itinerary among the villages to visit in Montefeltro could be Frontino – 5 km from Piandimeleto. Do not miss the Convent of Montefiorentino, where there is the splendid Cappella dei Conti Oliva, dating back to the fifteenth century. Walking through the alleys and the streets of the village you will reach the mill Ponte Vecchio dating back to ‘300 and is certainly linked to the foundation of the castle. He thinks that once this mill supplied the inhabitants of Frontino with flour and bread. After Frontino, you lose yourself in the wild area of ​​Massa Trabaria, dominated by the rocky plains of the Sasso Simone and Simoncello National Park. Some photos of the ceremony and then on to Carpegna, the park’s headquarters – the distance between Carpegna and Frontino is about 5 km. Carpegna is a very quiet village, known for a mysterious event: the sound of ghost bells. Legend has it that in 1970, three of the four bells of the church of San Nicolò di Carpegna began to play alone, without any movement, and the event was repeated for another 40 days.A Carpegna you can also admire an ancient craft that is still handed down for generations: that of rust printing, made of wine vinegar, wheat flour and rusty irons.Repending the car and covering about 11 km, you reach Macerata Feltria, famous for the Palazzo del Podestà, one of the many fortified places that Federico da Montefeltro saw snatch himself from Sigismondo Malatesta.